There was a simpler time when deciding on what kind of coffee to have, you chose between “with milk” or “without”. In Italy, they had espresso or Cappuccino, and that’s all. Now even the steadfast black coffee has enough options to confuse a NASA scientist, however, there is a difference between the Long Black and some of the other variants which are worth exploring.

The Long Black is a coffee for Baristas and home enthusiasts who have access to espresso machines. You cannot make real espresso with an Aeropress, Mocha pot or anything other than an espresso machine, despite what the Internet might tell you. If you’re going to make a Long Black, then let’s do it properly with espresso.

How the Italians Invented the Long Black

Like many coffee stories, this starts in Italy when, as we mentioned before, they would drink only espresso or cappuccino. Americans tourists, however, were used to drinking filtered coffee in large cups, so they were perplexed by the choice. The industrious Italians, therefore, added hot water to the espresso to make the Long Black. But Italians are very particular about how they make it.

What Makes the Long Black Different

A Long Black is an espresso mixed with hot water, but unlike a regular Americano, there are a number of ways the Barista can bring out the flavour of the coffee in a way that you just won’t get with the traditional Americano.

The first way and the main difference is the espresso is pulled into the cup after the water is added. This results in the crema showing pleasantly on the top giving a more interesting look to the coffee.

If you read our article on making espresso, you’ll know the actual flavour of crema is not actually very pleasant. However, it does look good, and it disappears into coffee after a minute, so make sure you’re serving your Long Black to the customer right away for the best impression.

The amount of water used is up to the discretion of the Barista, but since the objective is to pull out the flavours of the espresso, most will not use an excessive amount of water – a good range is between 150ml – 200ml or 5oz – 6.5oz.

Difference Between an Americano and a Long Black Coffee

Your regular Americano is made by pulling 2 shots of espresso, then adding about 100ml of water, or more if you’re at a certain coffee chain.

The person who prefers a Long Black is looking to identify more flavour from their coffee than you’ll typically get with the Americano, without changing the style of coffee.

When making an Americano, hot water is poured on top of the espresso, which might result in the shot getting burned which may extract more of the bitter flavours and caffeine than it needed to.

How Many Shots of Espresso in a Long Black

I always made my Long Blacks with a double shot, but many cafe’s use a single shot of espresso pulled in a normal 2.1 ratio (e.g. 16 grams in and 32 grams out).

More recently, I started pulling more Ristretto’s and found that depending on the coffee beans I’m using, this could work very well. Since a ristretto can bring out the best flavours from the beans, adding a double ristretto shot to 150ml or about 5oz of water is a great formula.

How Much Caffeine in a Long Black

You can estimate a single shot might yield 75mg and a double 150mg of caffeine as a starting point. 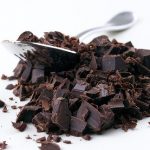 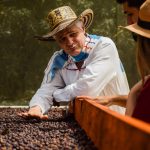