A long term British health study, involving a large group of 386,000 people, discovered that caffeine won’t increase most people’s risk of arrhythmia, an abnormality of the heart’s rhythm. Doctors have been advising their patients with heart problems to reduce or avoid caffeine intake to prevent their conditions from worsening, but it seems like there’s no need to do so.

Dr Gregory Marcus, a co-author of the study as well as associate chief of cardiology for research at the University of California, stated that, based on their research, those whose heart problems are caused by caffeine are rare cases, and the majority of the time, coffee isn’t a significant trigger.

Out of the large group of data collected for the study, approximately 17,000 developed heart rhythm issues within the first 4.5 years of the programme. However, the development of these problems was not caused by coffee. The study compared the participants’ caffeine intake habits to their likelihood of developing heart problems, and the results showed no link between the two.

For some others, caffeine can actually have the opposite effect of what’s popularly believed and reduce the risks of arrhythmia. As inflammation contributes to developing heart rhythm problems, coffee, which has anti-inflammatory properties, can have the opposite effect. Caffeine also stimulates people to be more physically active. Combined, these have the potential to reduce the risks of arrhythmia. A study published in the journal – JAMA Internal Medicine, estimated that every additional cup of coffee in a day can lower the risk by 3% on average.

However, Dr Marcus also said that there needs to be further research to pinpoint exactly the effects of coffee on the heart’s health. An associate professor of cardiovascular medicine at the University of Wisconsin Madison, Dr Zachary Goldberger, stated:

The bottom line, based on these findings, is that coffee may not cause arrhythmias, but it doesn’t necessarily protect against them either.

The findings of this study offer no evidence that coffee has a direct connection to heart rhythm problems. If a patient feels that their irregular heartbeat issue is related to their caffeine intake, doctors should inform them that coffee won’t contribute to a higher risk of arrhythmia, instead of advising them to avoid coffee altogether. 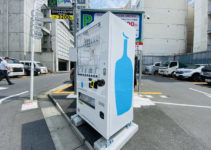