Emotions rarely ride so high in the chocolate industry than when talking about child labour. So when the US Supreme Court recently found Nestlé US and Cargill not guilty of the crime in an 8 to 1 decision, then many in the industry felt betrayed by the legal system.

The case had been brought against the chocolate companies by six Malian boys who report being trafficked to cocoa farms in Côte d’Ivoire, where they were forced to work in what can be described as indentured labour.

The practice of indentured labour is particularly bad in Côte d’Ivoire where families from even poorer neighbours such as Burkina Faso are willing to sell their children for as little as $200-300. The family is paid the money in advance, but the children must work several years to pay the debt.

Typically arriving by bus, the indentured children are put to work harvesting the cacao, spraying fertilizer without the necessary safety equipment and carrying heavy loads under the sun. They will often be guarded while they sleep to avoid escape – their only payment is a ration of basic food.

Why Did They Lose the Case

The Supreme Court was deciding on whether an ancient law called the Alien Tort Statute, which holds companies to account for labour abuses, could be applied in this case.

The issue was not in fact whether the forced child labour took place, only whether the chocolate companies or indeed their Executives could be held accountable for it.

The courts had to consider the alleged offence against a law that was passed hundreds of years ago and not fit for the purpose of current ethical thinking or aligned with public sentiment. In this tightly defined definition, we cannot blame the courts for the finding, but it highlights the need for legal reform such as the Modern Slavery Act in the Commonwealth.

In 2017 the International Labour Organization (ILO) estimated that 25 million people are in forced labour across the world.5 Of them, over 60% are exploited in the private sector, likely linked to the supply chains of international businesses – A report by Antislavery.org

In the US, we are aware that efforts have been made to introduce supply chain transparency laws, at least at a state level, but these struggled to pass. The US often provides a fragmented approach to legislation, with individual states introducing their own, often different legislation. Some states are considered more ‘business friendly’ than others.

Many, including us at Bartalks were hoping for a different outcome, not because we want to see these companies punished as much as we want to see an incentive to change behaviour. Being held accountable for your own supply chain, would have sent an important message to the chocolate companies that it would be worth investing in an effective Child Labour Monitoring and Report System (CLMRS).

While some companies are making marked improvements and genuine efforts in this area, others are content with investing the minimum, secure in the knowledge that they cannot be held accountable. Yet. 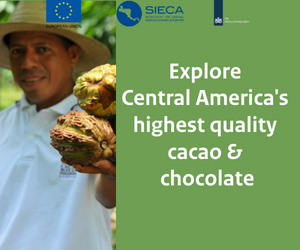