The ICCO conducts a survey each year on cocoa bean stocks held in warehouses and an assessment of global cocoa bean stock levels. The meetings, which began in 2000, aim to increase transparency in the cocoa market.

The recent survey results indicate that stock levels have risen in the past season. Total identifiable stocks are currently at 1.561 million tonnes, up by 403,000 tonnes from last year. They note, however, that this figure includes 199,000 tonnes from South-East Asia, which did not report in the previous year. 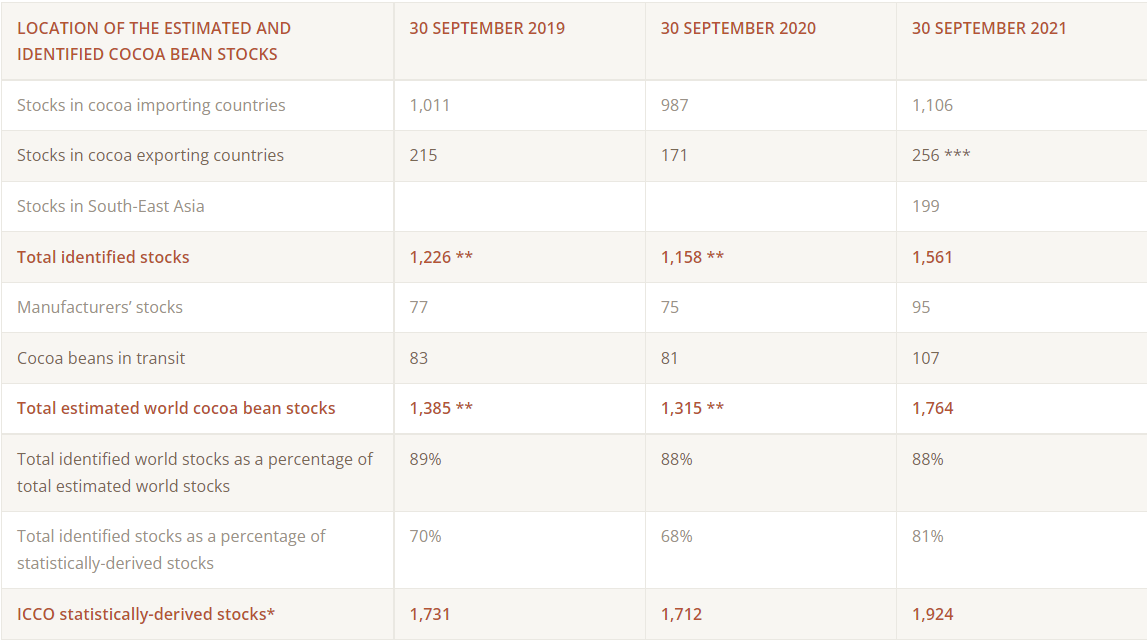 Based on the available statistics, the ICCO gave a stock estimate of 1.924 million tonnes of cocoa at the close of the 2020/21 season. However, the EWGS has found that the true figure is estimated to be 1.764 million tonnes, about 160,000 tonnes less than expected. The disparity is believed to be partly due to a lack of stock data from important producing countries.

As a result of the survey’s findings, the ICCO has stated that they may revise their surplus supply estimate (currently 212,000 tonnes) in their upcoming report, due at the end of February 2022.