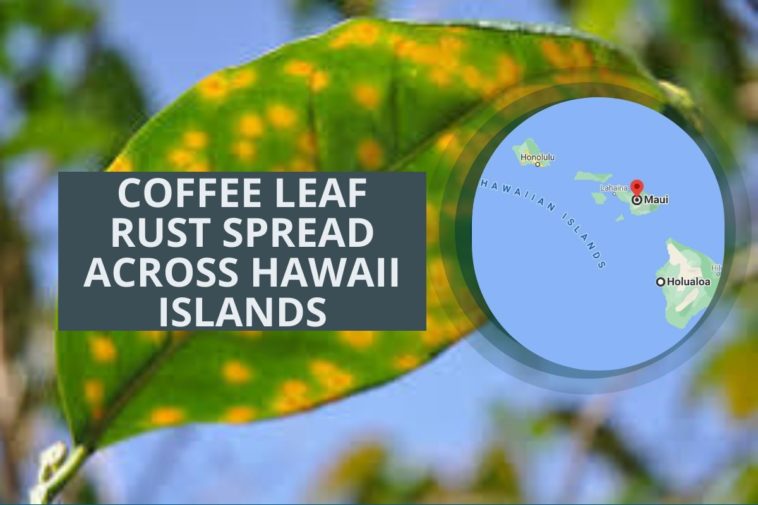 Coffee Leaf Rust (CLR) is confirmed to have spread across Hawaii islands. According to The Hawaii Department of Agriculture (HDOA), the disease has been tested and found on coffee plants at a farm in Holualoa.

This is shortly after we reported, CLR was discovered on October 21, where a coffee farm in the Haiku area of Maui, which is across the Maui Channel from Holualoa.

CLR is a parasitic fungus that infects coffee plants. This is found in all major coffee-growing areas of the world, but had not previously been found in Hawaii prior to its earlier discovery in Maui.

Samples were collected by a grower on a farm in the Holualoa area on Oct. 31., where it is now confirmed.

Phyllis Shimabukuro-Geiser, Chairperson of the Hawaii Board of Agriculture says,

Coffee is one of Hawai‘i’s signature crops, of which production was estimated to be $54.3 million in 2019.

As surveys continue across the state, the Hawaii Department of Agriculture is preparing to establish interim rules that will hopefully prevent the spread of the fungus to uninfected islands.

The Hawaii Department of Agriculture (HDOA) Advisory Committee on Plant and Animals had a meeting on November 13 to discuss how they could prevent the disease spreading.

They included an interim rule to restrict the movement of coffee plants and coffee plant material from islands found to have CLR to islands on which the fungus has not been detected.

CLR is a highly infectious plant disease that can be devastating and reduce coffee yields by up to 80%.

HDOA’s Plant Pest Control Branch has prepared a field guide to aid in the detection and reporting of possible CLR infections.

The field guide can be found at: http://hdoa.hawaii.gov/pi/ppc/new-pest-advisories/. 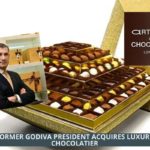 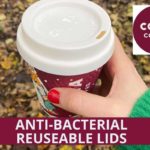